Basseterre, St. Kitts, February 04, 2018 (RSCNPF): Some thirty (30) Police Officers from both St. Kitts and Nevis are better prepared to respond to emergencies and save lives after participating in a one-day First Responders Training Workshop held recently. The session covered the basics of first aid, cardiopulmonary resuscitation (CPR) and using an automated external defibrillator (AED). The officers came from several police units, however, most were drawn from the Special Services Unit and the Drug Unit.

The session took place at the Police Training Complex and was facilitated by Edgar Aboud who is a Director with the Amalgamated Security Service Limited (ASSL). Mr. Aboud described ASSL as one of the largest security companies in the Caribbean. The company is a sponsor and partner of the Association of Caribbean Commissioners of Police. According to Mr. Aboud, about two years ago, the company chairman gave a directive for training to be offered to police officers in the Caribbean region as a way of giving back to its partners and their officers.

As a result, ASSL created a program called the ‘Amalgamated Security Saving Lives Program’ where it offers Caribbean islands free training in life-saving techniques. Different levels of training have been developed and a number of police services in several islands have already contacted the company to have sessions conducted for their officers, including the Royal St. Christopher and Nevis Police Force.

All the Police Officers received a Certificate of Participation and those who pass will get internationally-recognized certification. 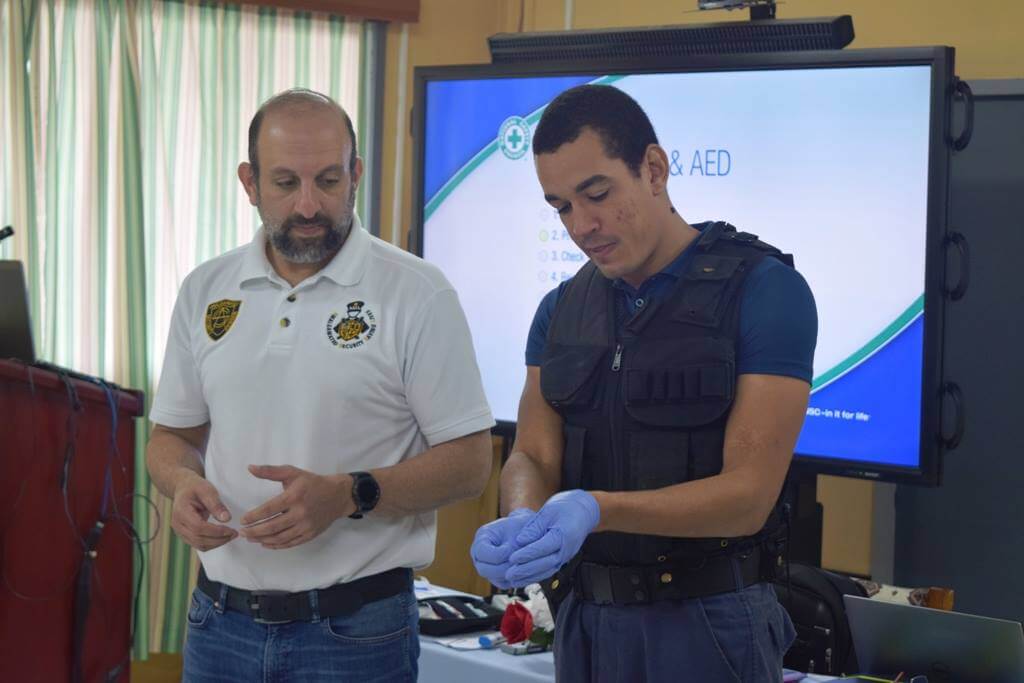