In December 2014, Amalgamated Security Services Limited in partnership with the Association of Caribbean Commissioners of Police (ACCP) launched the 'Amalgamated Security Services Regional Recognition Awards Programme for Public Law Enforcement' at its Annual General Meeting in Miami. On May the 12th, 2015, eight (8) outstanding Caribbean Police Officers were recognized at the inaugural Awards Ceremony held in St. Kitts for the first time.

For 2016, the second set of winners and runners-up in the Regional Recognition Awards Programme  will be recognized at the inaugural ceremony to be held at the 31st Annual General Meeting & Conference of the ACCP in Suriname.

The winners and runners-up are as follows: 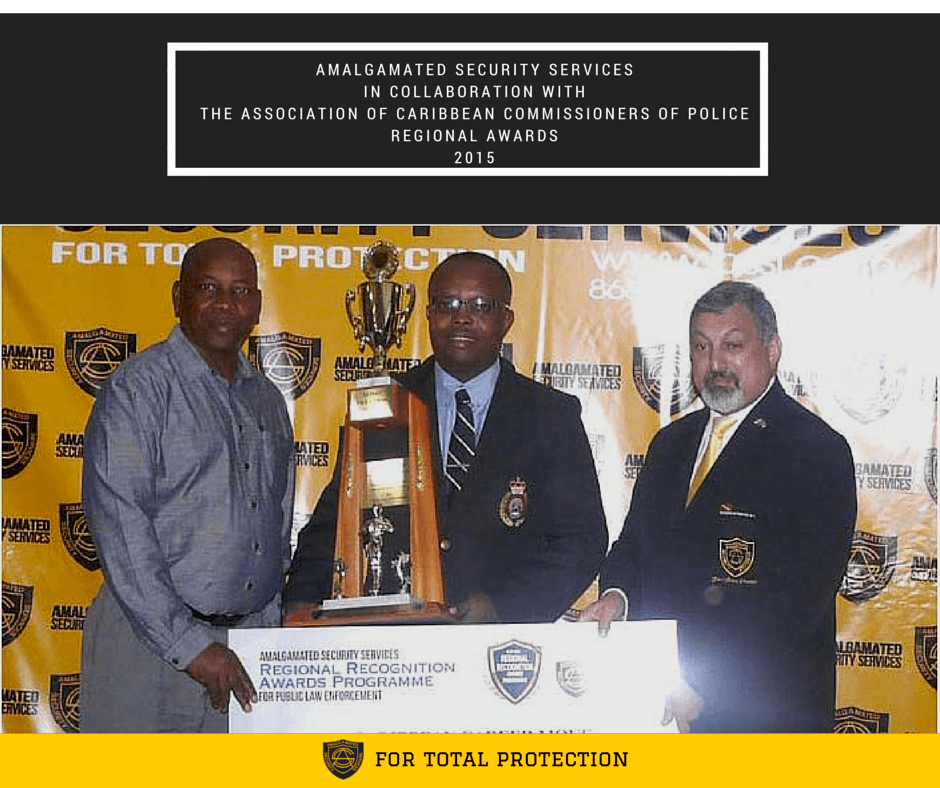 Trophies and US$5,000.- are awarded to each of the three winners of the ‘2015 Amalgamated Security Services Regional Recognition Awards Programme for Public Law Enforcement’

ASSL’s Chairman offers up to US$20,000,000.- finance funding to each Caribbean Police Force