In 2016, the second annual Amalgamated Security Services Regional Recognition Award Programme for Public Law Enforcement ceremony was held in the lovely country of Suriname. The ceremony took place during the Association of Caribbean Commissioners of Police’s (ACCP) Annual General Meeting & Conference at the Royal Torarica Hotel in Paramaribo, Suriname, from the 16th to the 19th May 2016. On day two of the conference Amalgamated Security Services hosted its Awards Ceremony at a picturesque Surinamese location, nestled on the banks on the Suriname River which offers a breathtaking view of ships sailing up the river into the Port of Paramaribo from the Atlantic Ocean.

In 2016, ten officers were recognized in three categories.

At the ceremony, Amalgamated Security Services received raved reviews and positive feedback from the winners, runner-ups, the ACCP organizing committee as well as the Commissioners of Police from the various ACCP. 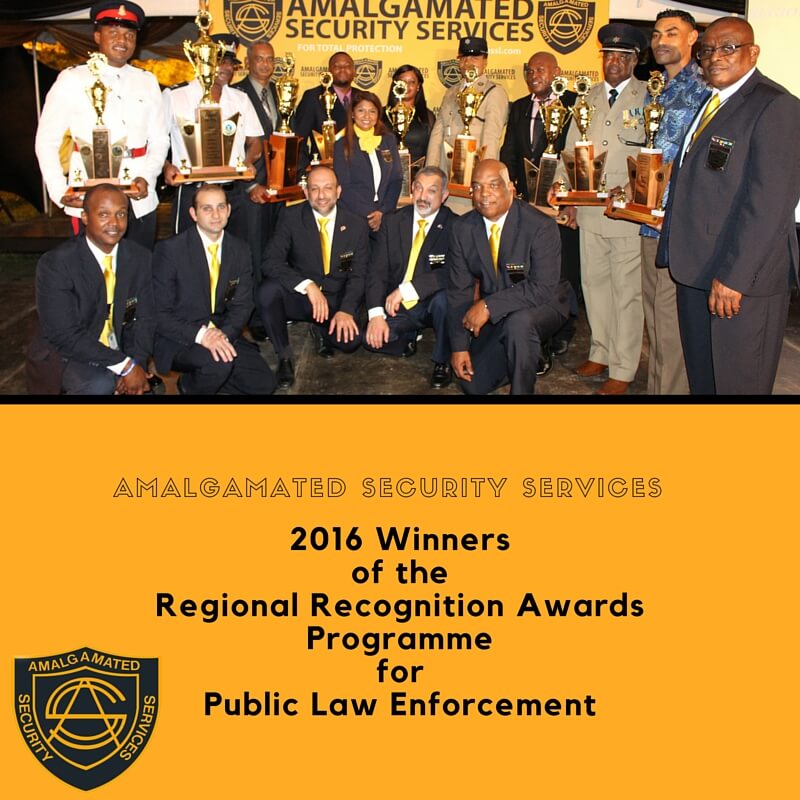